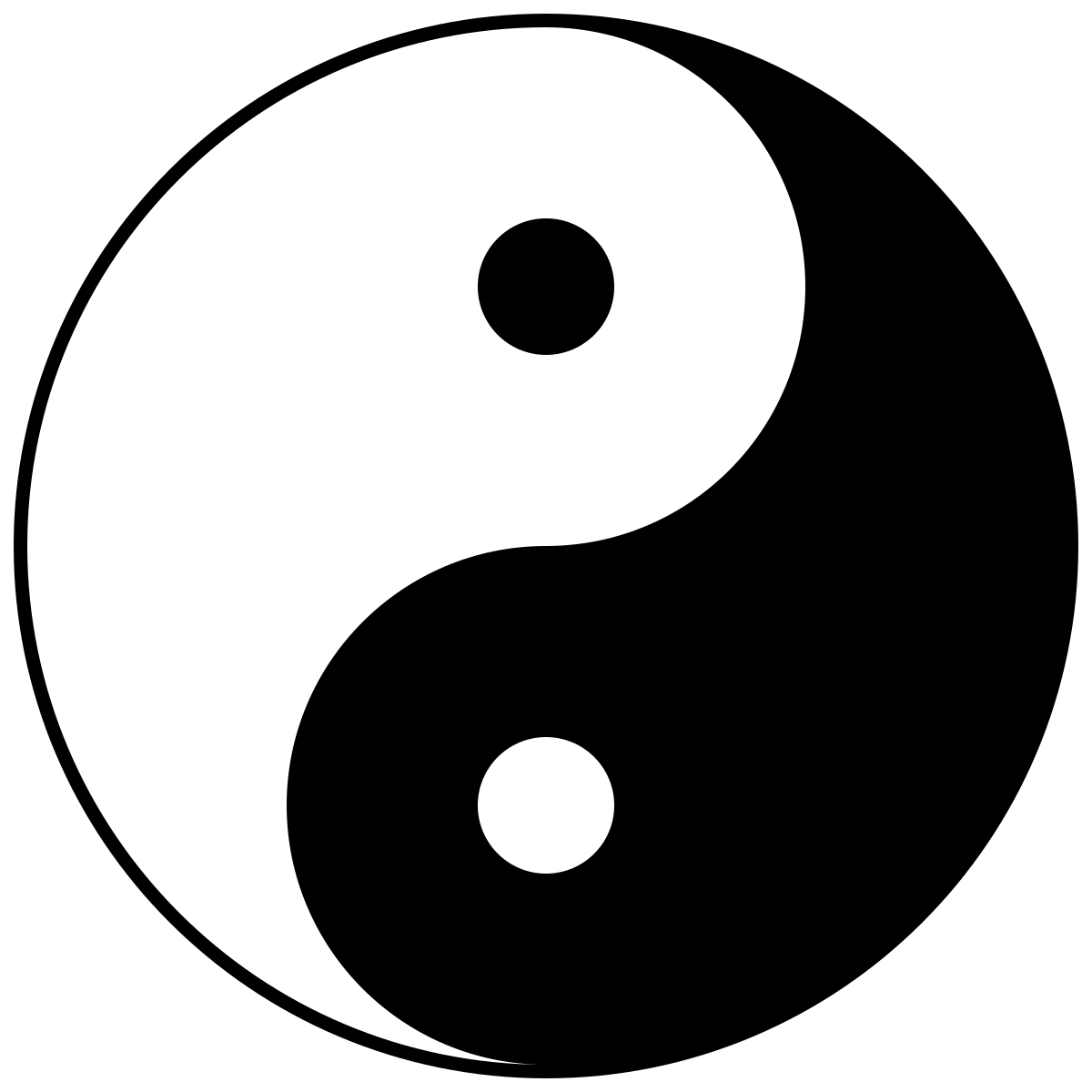 The Yin Yang symbol first appeared in Chinese historical documents more than three thousand years ago. It became popular with the work of the Chinese school of Yin Yang which studied philosophy and cosmology. Cosmology is the science of the origin and development of the universe. Astronomy is the branch of science which deals with celestial objects, space, and the physical universe as a whole and particle physics.

The two opposites of Yin and Yang attract and complement each other and, as their symbol illustrates, each side has at its core, an element of the other (represented by the small dots found in the reflection or mirrored half of the other). Neither pole is superior to the other and, as an increase in one brings a corresponding decrease in the other, a correct balance between the two poles must be reached in order to achieve harmony.

Together these two major forces control the universe and keep it in harmony. Neither side is weaker or stronger than the other, both of them are equally powerful and important. One of the basic principles to understand is that Yin and Yang need each other, and they cannot survive or exist without each other.

There is a false perception in the Western world that yin and yang represent good and evil, this is incorrect.  Yin literally means “the shady (north) side of a mountain”. It is the dark area obstructed by the mountain’s bulk. Yang literally means “the sunny (south) side of a mountain”. Yin and yang are opposite and equal qualities – an endless cycle transforming each other. Like waves of the ocean, every advance is complemented by a retreat, and every rise transforms into a fall.

The Yin Yang philosophy espouses that all phenomena incorporates two opposite forces, yin and yang, or they cannot exist.

Yang ( the structure of things) would not grow without Yin (the spirit of things), this is also to say that Yin could not give birth without Yang.

The Yin will attract the Yang (like opposite poles of a magnet), but will repel another Yin force. The Yin and Yang will only repel the similar positive and negative stem (groupings)  directly opposite its polarity.

If you notice the incompatibility circle of animal zodiac (this is teh Genius Key known as the Compatibility Genius) you will realize that all of the conflicting signs belong to the similar stem or grouping. Within these groupings you will notice that the Yang people are generally more spontaneous ( group 1 and 3 = odd) while the Yin people are usually more reflective and intuitive (group 2 and 4 = even).